Due to the soaring popularity of mobile apps, new solutions are required to keep up and reduce the consumption of time and effort for development. Furthermore, developing an app on both Google Play store and Apple App store is every developer’s dream come true.

Today, React Native and Flutter are two among the best cross-platforming development frameworks. These juggernauts are used by world-renowned tech companies – Facebook and Google, respectively.

Both the solutions possess a variety of features, open-source frameworks, and the power to create nearly any application and UI through native widgets while sharing their codebase across different platforms. But the question still stands, which framework is best suited for your business?

Let’s go through the comparison of both frameworks’ pros and cons and discover why exactly they are so highly sought after.

Why is mobile app development so popular?

The use of mobile apps have been increasingly popular throughout the decade. Be it traveling between places, buying clothes and food, or obtaining general information, apps can be used to satisfy such tasks. You are able to find just any apps for different uses and everyone has a phone or two in their pockets.

Ultimately, you have 2 main choices of developing an app. Either through a native framework by using official programming languages such as Swift or Kotlin, or through a cross-platform framework in which, typically, React Native or Flutter is used.

Under normal circumstances, native developers enjoy using Xcode and Swift to build iOS apps, and Android Studio and Kotlin for Android apps. Moreover, these tools are compatible with cross-platform uses.

Overview of React Native vs Flutter

Introduction to React Native vs Flutter

What is React Native?

It is probably the most well-known open-source, cross-platforming mobile application framework that was created by Facebook. Its codebase is written through the JavaScript language and it’s used for:

As the mobile app development scene grows, React Native has also matured quite a bit through the years. Developers who are familiar with the use of JavaScript will not find it difficult to adopt the React Native framework.

Here are some of the most popular apps created with React Native:

Earlier this year, Facebook has made some notable enhancements to the framework and announced the release of React Native v0.68, offering opt-in assistance to the new React Native architecture using the new and improved:

It is a cross-platforming mobile development framework powered by Google that uses the Dart programming language. Similar to React Native, Flutter is also an open-source app software development kit (SDK).

One of Flutter’s most appealing aspects definitely lies in its ability to create cross-platforming applications with a single codebase. For instance, unlike traditional frameworks where you’ll need:

Flutter only needs one developer to manage the development process using a single codebase, which saves a huge amount of resources.

Here are some of the most popular apps created with Flutter:

After Flutter 3 went live in May 2022, developers are now able to create applications across six platforms using a single codebase, including:

The new update also supports macOS with Universal Binary- an executable file type that works with both Apple silicon and Intel-based Mac systems. Besides that, Canonical and Google collaborated to provide a flawlessly integrated development environment for the Linux platform.

Flutter 3 encourages developers to take use of cross-platform advantages and share as much UI and logic as possible between different platforms. Additionally, there is now a Casual Games Toolkit and improved Firebase support for game developers.

What are the differences? Let’s dive deeper.

You may have heard from your acquaintances that both frameworks are just as good, or one of them is easier to grasp. Truth be told, they both hold multiple similarities and can be used to achieve great results.

However, we should first understand the key differences and similarities in features between these two frameworks before we go through the advantages and disadvantages of each.

When it boils down to programming languages, Flutter and React Native walk on different paths.

React Native uses JavaScript and it is easily one of the most widely used languages in the programming world, and it is said to be super simple to deal with. Even people outside of the software engineering and web design communities have at least heard of it.

On the other hand, Flutter uses the Dart language that was developed by Google along with the framework itself. Dart is very much like Kotlin/Java for Android, which makes it easier for programmers coming from the native mobile development side.

Many claim that Dart makes their programming process a little faster than React Native, especially when compiling codes. However, it has a higher learning curve compared to the latter. Consequently, there are also fewer developers who have mastered Flutter programming as a whole.

Despite being more user-friendly, React Native’s documentation relies largely on community-developed dependent libraries, as well as being less-organized compared to Flutter’s. React Native Developers may sometimes find themselves searching for third-party sources to handle their documentation.

Flutter’s documentation is easier to read as it is more structured and detailed, which makes transitioning from another framework or improving a project easier. Moreover, developers can have access to helpful images and videos within the Flutter framework.

There are two popular architecture design patterns in React Native:

These frameworks focus on one-way data flow and centrally storing your application’s state in a location called the Store. Additionally, they render the components of your project as stateless as possible. The Context API – a new React feature for state management, is another option.

On the other hand, because Flutter is relatively new, developers may be unsure about the approach of this framework.

That said, Google showed the BLoC architecture in 2018 and suggested that business logic should be placed in business logic components. Streams and RxDart (Reactive Dart) are frequently used in BLoC.

For apps, merely demonstrating a high level of performance is insufficient. To achieve the desired result, developers must therefore blend additional interactions with native ones. Given both JavaScript and Native components make up React Native’s design, the framework needs a JavaScript bridge to communicate with native components and its plug-and-play modules. As a result, React Native slower than other tools.

On the contrary, as mentioned above, Flutter uses Dart language for programming. Meaning it will be quicker than Javascript in terms of compiling codes. Moreover, Flutter sets its animation standards at 60fps, and it is compiled directly into native ARM code for both iOS and Android, making all Flutter apps to have high performance rates.

The framework also offers suggestions that assist in achieving client’s desired results, including:

All in all, despite not being a leader in the market, Flutter has the upper hand in terms of overall performance in comparison with React Native.

React Native only offers UI rendering and device access APIs, meaning it primarily relies on third party sources to access native modules or custom components. Some developers find this annoying as it creates a patchwork effect in the results.

In terms of development time, JavaScript is way faster. Thanks to its speedy features like hot reload, developers are able to make instant changes and save time. Developers can also use any IDE or text editor of their choice.

In contrast, Flutter offers way more widgets and UI elements to assist developers in creating apps and designing UI on both iOS and Android. The framework comes with UI rendering components, navigation, libraries, API access, and many more to ease your progress.

However, Flutter has a comparatively slower development time than React Native. Although their hot reload feature is well-loved, the framework is yet to be familiarized by many and it lacks the support for a lot of text editors and IDEs.

Available on the market since 2015, it has become one of the most loved and supported frameworks thanks to its simplicity in JavaScript programming, hot reload and many other features.

Today, it has a community of over 10,000, a sizable teaching database online, and its own international developer conferences.

Although still fresh in the market, Flutter has certainly made its name and piqued the interest of developers globally, and it’s still growing rapidly thanks to Google’s ongoing commitment and the framework’s active community! That said, React Native is still the front-runner in its ecosystem as it has way more packages available.

Pros and Cons of both frameworks

The Future of React Native vs Flutter

Both frameworks have undergone significant upgrades as of 2022, mostly thanks to the advancements made in 2019 and 2020.

The recent release of Flutter 3.0  was a good case in point, introducing several interesting features including a stronger support for macOS and Linux, universal binaries by default on macOS, foldable phone support and more.

Some industry experts have predicted a brighter future for Flutter due to the elegance and strength of its design, which puts its performance on the pedestal in each feature comparison. Which is also why many developers now see Flutter development as a trend that will overtake React Native in the near future.

Native vs Hybrid Apps: Which Route to Take? 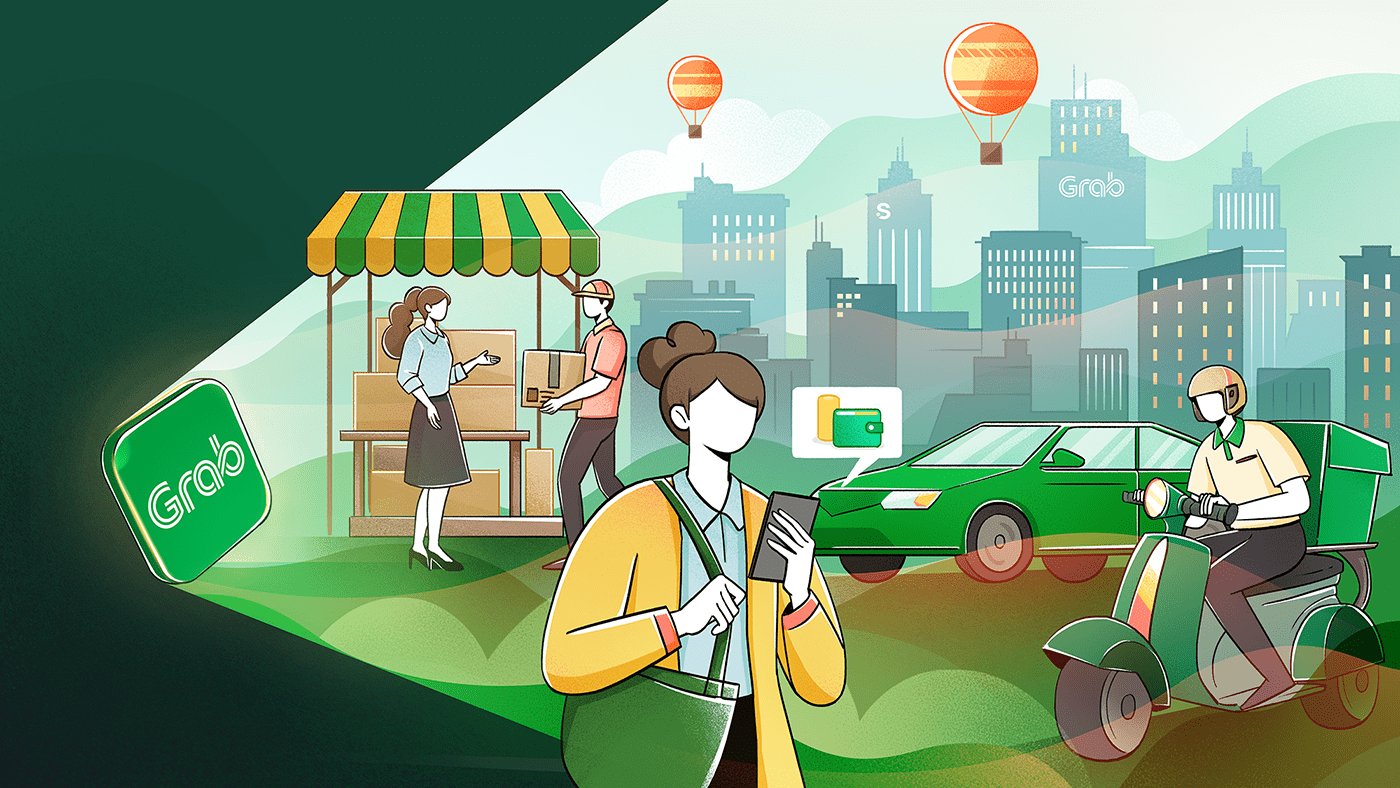